Chitwan-Jungle Safari is one of the most famous and striking natural world exploratory tour in Nepal which offers you to witness the wildlife at its habitat. Chitwan National Park is situated in south central Nepal, subtropical lowlands of the inner Terai. This National park covers 932km/sq areas, where more than 55 species of mammals, around 600 bird’s specie, more than 55 species of reptiles and amphibian has been recorded. Chitan National Park is popular for one-horned Rhinoceros and Royal Bengal Tiger inhabited in the dense forest of the park. Nepal is rich in bio-diversity so Nepal is one of the famous ideal place to make eco-tourism destination.  Chitwan-Jungle Safari tour in Nepal offers you experience elephant ride safari, nature walks, birds watching excursions, canoe rides, and many more along with travel around the villages and explore the unique culture and traditions of the local village people. Beside this, cultural performance is another attractions of wildlife Jungle Safari tour. Indigenous people called Tharu provide you an opportunity to enjoy culture dance and traditional farming and relice. Chitwan National Park is one of the popular destination to the national and international travelers, where you will get chances to explore numerous flora and fauna. Chitwan National Park is home place to One-horned Rhino, Royal Bengal Tiger, Leopard, Rhexus Monkey, varieties of dear, sloth, Wild Boar, Civets, Jackals, Mongooses, snakes, cats and many more. Rapti river of Chitwan is home place to extraordinary Gangetic dolphin and crocodiles.

The naturally beautiful country Nepal, has all together 9 attractive National parks, with full of varied flora and fauna, which are almost impossible to found anywhere else. Among them, Chitwan National Park is very famous for Jungle Safari tours in Nepal which offers you Elephant Safari. Chitwan National Park is well known for Elephant bathing in the Rapti River, enjoy boating, playing with baby Elephants and so on. The Jungle Safari tour in Nepal has become quite popular these days due to the attractions of some of the world’s endangered species of wildlife. Jungle Safari Tour will begin from the Capital city of Nepal, Kathmandu which is also very well known for its ancient heritage, a living gallery of arts and diverse culture. The Capital city will make you feel real charm while encountering an unforeseen blend of Hindu and Buddhist tribal traditions, tremendous architecture and antiquity behind the monuments. Jungle Safari tour also takes you to the heart of the three cities; Kathmandu, Bhaktapur, and Patan which are also renowned for legendary Hindu shrine, Buddhist Stupas, native medieval settlements and nearby hill stations overlooking the Kathmandu valley.

This package doesn't include your personal insurance you should have travel insurance covering emergency evacuation.

Book This Trip
Write Your Review 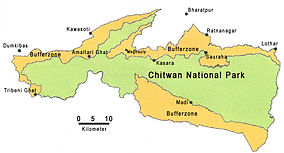 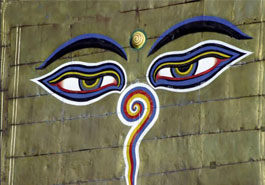 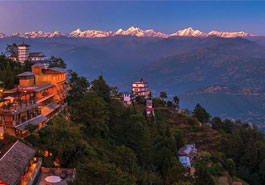 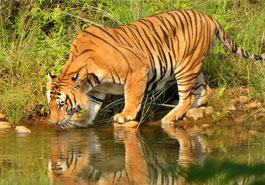 Are you ready to explore Nepal

Our dedicated team are always at hand to make certain that every aspect of your journey is pleasurable and memorable.

We would be more than happy to help you. Our team advisor are 24/7 at your service to help you.